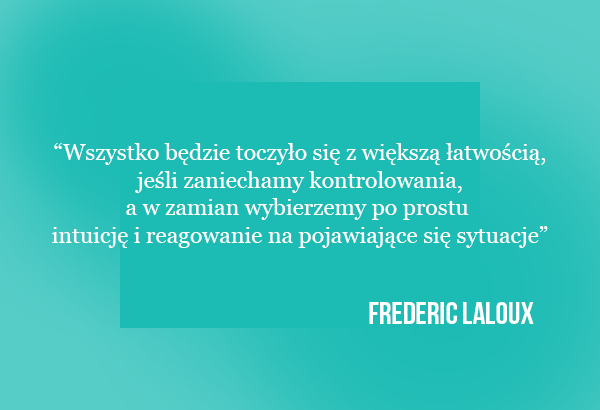 Turquoise organisations are a paradigm of managing a project, a company or any other form of work organisation. It is a response to changing economic conditions. Importance of knowledge and innovation in industry and services is growing. The old paradigm of work organisation does not allow to achieve the desired results. Vertical or dispersed structure without the possibility of free disposal of the direction of activities of individual employees does not allow for innovation. Vertical structure kills any untypical actions. A dispersed structure, however, allows for freedom of action but does not translate into a high level of targeted performance. In today’s post we will try to explain what turquoise organizations are and how they solve many previous problems.

Lack of control, or rather self-control

In the idea of turquoise organizations there is a kind of negation of central management. Employees must be given a certain amount of freedom to carry out their tasks. In addition, in contrast to dispersed management, where tasks are imposed in advance, employees have the possibility to define their own tasks and their priorities. Turquoise organisation is characterised by self-control and self-organisation. In this type of paradigm, part of the control of the work process is transferred to the people. People who are at the same time who are affected by these problems, i.e. the employees.

Turquoise organisations – Who came up with such an idea

Originally the idea of this type of work organisation was described by Frederic Laloux in his book “Work differently”. (“Reinventing Organizations”). It showed that, according to psychological research, a certain degree of worker freedom allows productivity to be increased through self-regulation and self-control. Another person who complemented his theory was the assumption of Ryan and Deci’s self-determination. They were supposed to be a precursor to the promotion of employee autonomy in the company and the activities they perform during their work.

Turquoise organisations – The role of the manager

A manager in a turquoise organization ceases to be a general during the war. He is a person who gives general direction to all activities but does not gag employees in a way that prevents them from working. His role is to be more of a mentor and mentor than a manager. As practice shows, many technology companies are taking steps to become turquoise organisations. They see this as a potential for their innovation.

Virtual office in Krakow – our offer: